Have fun in a huge world with limitless possibilities. Minecraft Java Edition is an indie game created by Swedish programmer Markus “Notch” Persson and later developed by Mojang. It has cross-platform play between Windows, Linux and macOS platforms. This allows players from around the world to play together using servers that support it. The player has an inventory in which he can gather items, build tools and weapons and make different types of blocks. These blocks are used to create anything imaginable, from buildings to sculptures and cities to whole landscapes. The game has no specific goal; players build their own goals.

Minecraft is an open-world game that enables you to build anything you can imagine. It also has a survival mode to test your survival skills. The features such as Available on Windows, Linux, and Mac, Access to snapshots, which enable early access to new features, Supports user-created skins and mods, Receiving frequent updates via the game launcher, Compatible with Realms for Java Edition, and Free trial version available. As a member of the Minecraft community, you have access to frequent updates that add new features and fixes based on your input.

Play on your own or with friends, and create incredible constructions using blocks to build homes and cities. Play in creative mode with unlimited resources or mine deep into the world in survival mode, crafting weapons and armor to fend off dangerous mobs. This original version of Minecraft also enables you to access snapshots, which enable early access to new features, and unlike other editions has no additional costs associated with it. 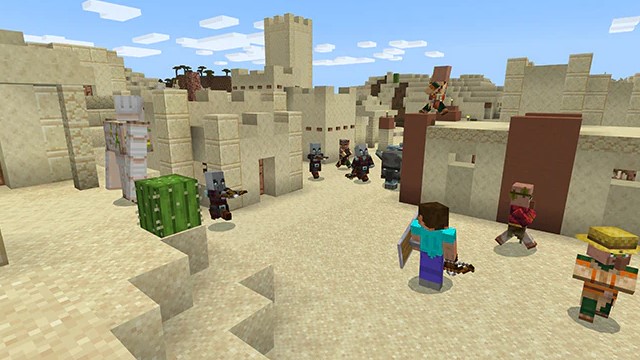 Minecraft Java Edition is a product developed by Mojang, this site is not directly affiliated with Mojang. All registered trademarks and company names mentioned herein are the property of their respective owners.