About The Political Machine 2016

Pretty fun. Similar in some respects to Democracy 3. game. It’s much simpler than 270soft’s President forever. The game has been polished to feel more modern. Simple, hilarious, fun and addicting. This game is pretty damn good! It’s basically a board game where players take turns simultaneously and battle each other. Good Fun overall and challenging by increasing the difficulty or when able to play against others in multiplayer.

Basically the same game as the 2012. This game is really fun. I’ve been a customer since their 2008 version and it’s still just as fun to me even though the core elements of the game haven’t changed much. If you enjoy keeping up with the presidential election and/or you like strategy games, pick this up and give it a go. If you like politics, you might like this game. It is a fun game. Overall a really good game, though some of the game mechanics could be improved. 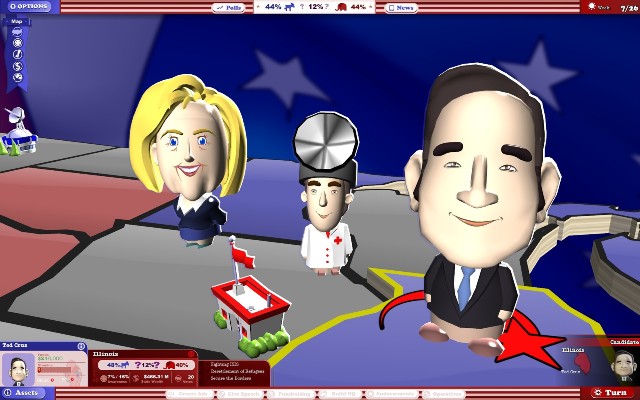 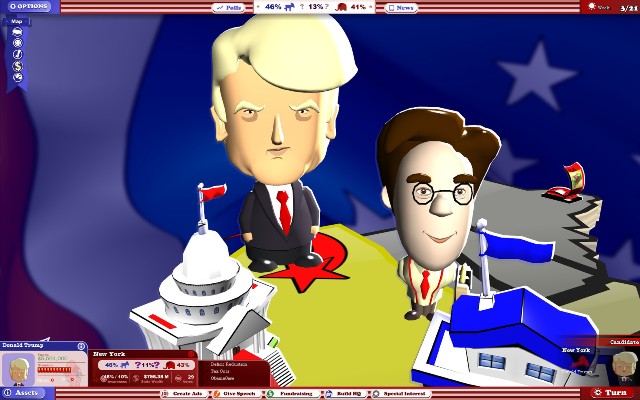 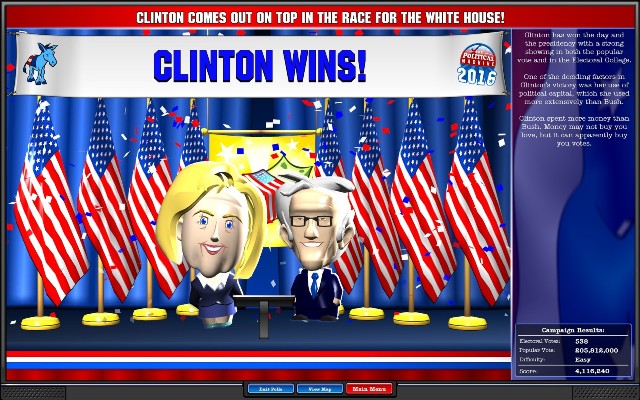