Fighting game that came out a couple years back in Japan. It’s hard to deny that a coop beat-em-up with loads of visual flair and plenty of replayability. With a solid cast of characters, nonstop action, and solid 16-bit look and sound design. Lots of different game modes, a killer sound track, and a story just as confusing as any other Japanese story. This is a fun game where you level up your 16-bit waifu and kil everything a lot. The game difficulty is system is great. Phantom Breaker: Battle Grounds is a very fun game where you choose your waifu and beat up. The story is fun the characters are fun and cute. All in all, Battle Grounds is a great entry in the genre.

Pretty good Beat em up game. The game has pretty good replayability as you attempt to get your character as strong as possible on the skill tree. It’s kinda like a mix between Scott Pilgrim beat em up and anime fighting game. There are ranged attacks, magical attacks, weak medium strong attacks, dash attacks and more. There are four modes in this game. The levels are all memorable and there are 8 overall starting from 0 to 7. Level monster designs are a bit boring and don’t make much sense. The local multiplayer modes are called Battle Grounds which is a simple mode where you fight your friend. An enjoyable arcade style side scrolling beat’em up. 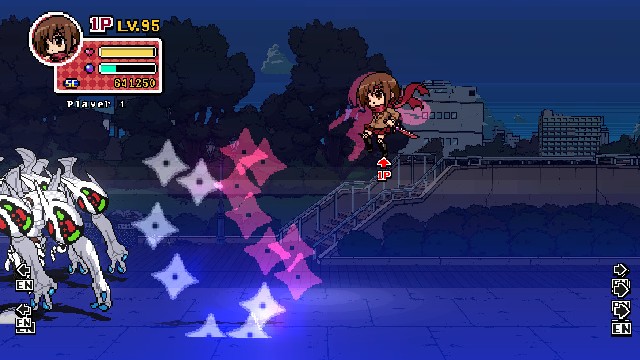 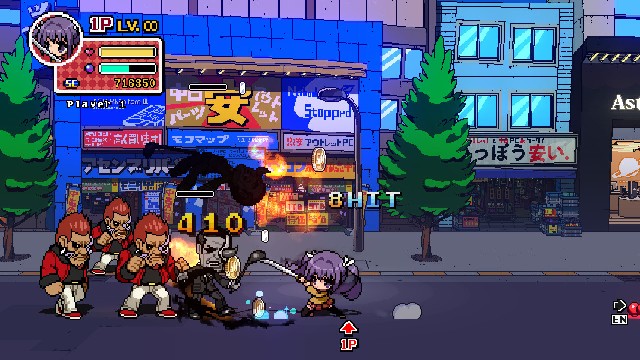 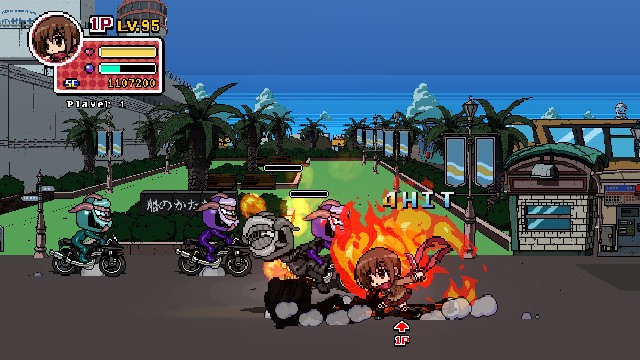