This game came out in 1997 by Electronic Arts, It is a fun game but really simple. Its great in replay to see the bike your riding perform, you can relax and watch as your to busy while your playing to enjoy how the bikes look in action. The good thing is that it is very challenging as the tracks get harder all the time. It’s one of the best arcade-style games to be found for a console system, and even the sequels could never quite match the simple genius of the original.

The game has 32 tracks, some being of the dirt-arena type with jumps that allow you to pull off midair tricks, while others are city streets that allow you to open it up and approach speeds of 200mph. Moto Racer 2, for players who never got a chance to play the original Moto Racer, will seem like the best motorcycle racing game ever. The control in Moto Racer 2 is a little bit tighter than the previous game.

Graphically, Moto Racer 2 hasn’t really changed that much from the first game. The backgrounds, however, are far more detailed and intricate, with lots of little things in there just for decoration. If you love racing games, this one is must have. 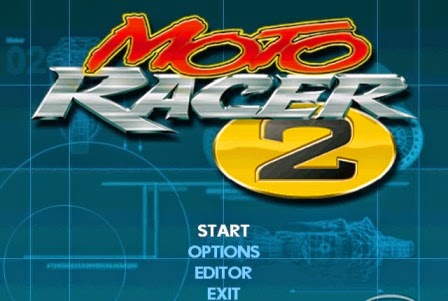 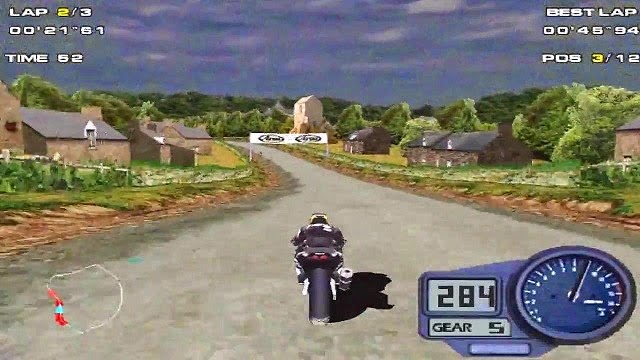 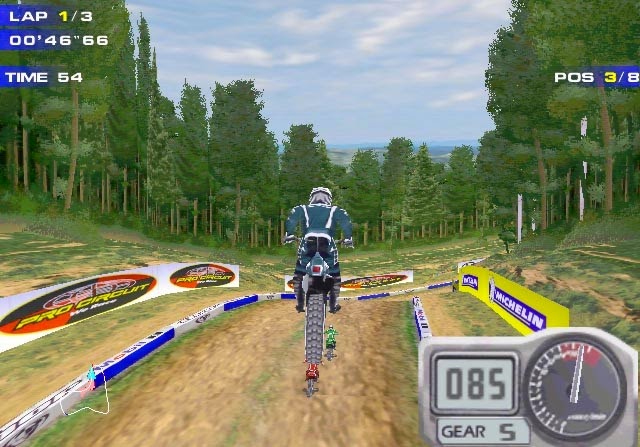