About Amnesia A Machine for Pigs

Amnesia A Machine for Pigs is a well oiled horror mechanism. It’s a great sequel that will be loved by the old and new players. Amnesia: A Machine for Pigs, you’ll get to experience a creepy, gross, horrifying story of a mad man. Darkly atmospheric and beautifully rendered, I thoroughly enjoyed this one, dare I say, more than the first. Amnesia: A Machine for Pigs is a game unlike it’s predecessor. The fear and anxiety caused by The Dark Descent is replaced by an unlimitted supply of light and mental clarity. It relies on atmospheric horror rather than a genuine threat to your so called digital life. The story is dark, and easily one of the top three original stories. The atmosphere: where do I begin It feels dark, gloomy, hopeless, sad, eerie, underlyingly sinister.

Amnesia A Machine for Pigs is definitely not the same game as The Dark Descent. It’s quite different. The graphics and the atmosphere are definetly awesome, but the gameplay is heavily reduced. The monsters in “A Machine For Pigs” are looking scarier than the monsters in “The Dark Descent”, but don’t really seem to be a real threat to me, mainly because the chasing noise doesn’t appear anymore. The puzzles aren’t as challenging as the ones in “The Dark Descent”, which isn’t exactly a bad thing, because you don’t use so much time on finding and combining stuff anymore.

In all, I felt pretty good about this game. It was a good experience despite the lack of interaction. As long as you aren’t looking for a real immersive “horror” experience I definitely recommend playing it. Overall, not a bad game, just probably not what you would expect.

Amnesia A Machine for Pigs Screenshots 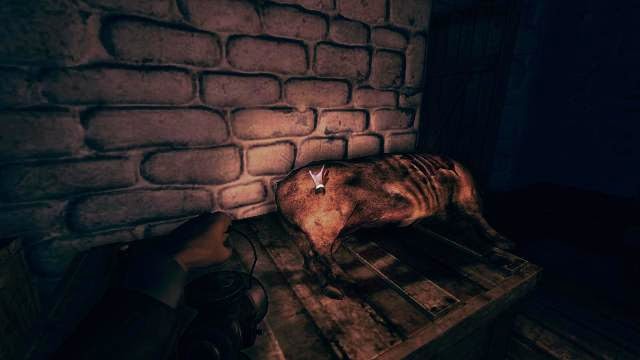 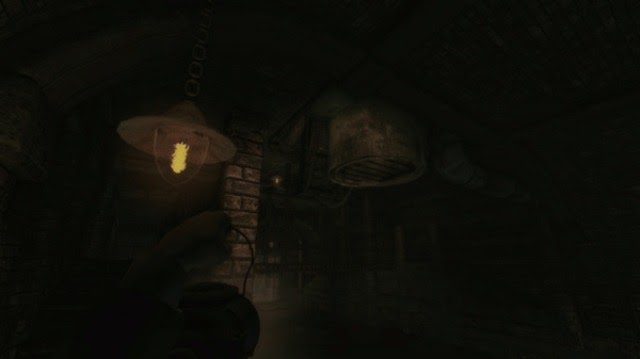